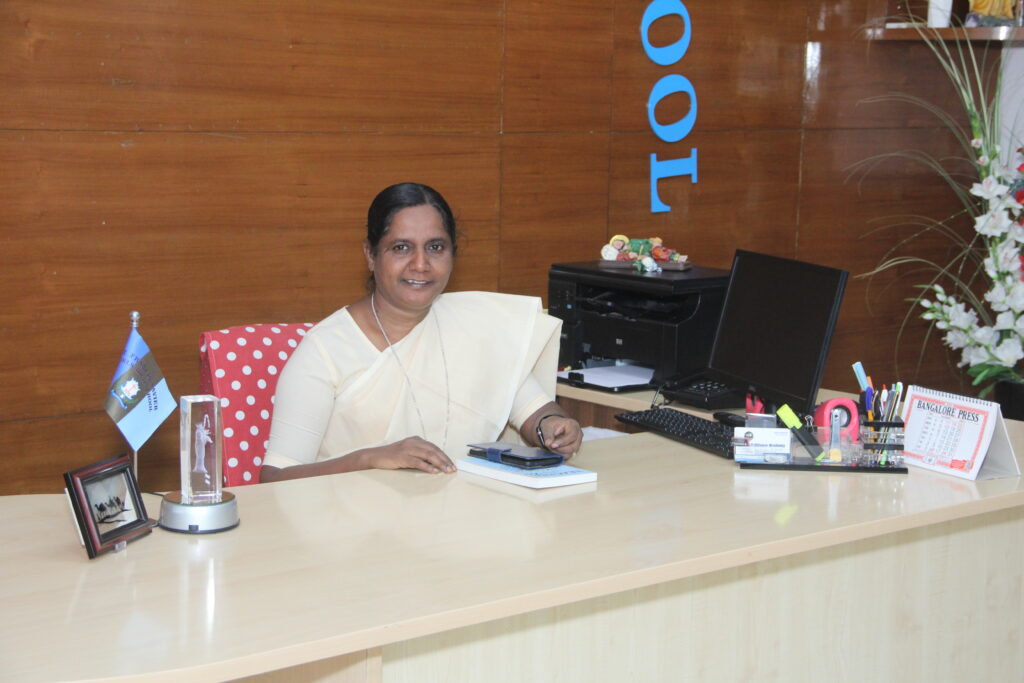 St. Francis Xavier Girls’ High School, Frazer Town, Bangalore marked its quasquicentennial anniversary of its existence as well as its service to society in the field of education. This school is also the first institution of the Sisters of St. Joseph of Tarbes in India.

It is a standing testimony to a rich and long tradition of selfless service to society and to the nation at large. The Congregation of the Sisters of St. Joseph of Tarbes was founded in France by six young girls who had a special experience of God, urging them to live together a life of contemplation.

Gripped by the love of God, they came to India and on 13th May 1882 they took up the mission of serving the sick at the Bowring Hospital, Bangalore. Bishop Coadou helped the sisters to settle in Bangalore and to take charge of the Day School at St. John’s Hill, run by the Fathers of St.Francis Xavier Church. To start with, they admitted only European girls. But the sisters soon reached out to the Anglo -Indians and the vast majority of Indian population. Recognition as a High School came in 1916, while the boarding was started in 1923.

Based on the bed rock of Christian values and traditions, the school offers holistic education, striking the perfect balance between academics, sports and co-curriculum with special emphasis on the all round growth of the child. The school imparts education that enables every child to become an integrated human being, developing intellectually, morally, spiritually and socially. This approach has been instrumental in transforming innumerable young girls into visionary, articulate and ethical women of high competence and great character who are invaluable assets to society. The school believes that every child has the potential of becoming a light to the world. The holistic education imparted at SFX is its mission to make every child a gift of God to mankind. The school has one of the oldest National Cadet Corps (NCC) troops in Bangalore apart from Bulbuls and Guides that helps build leadership qualities. Respect for life, Career Guidance, Value Education etc. have helped girls shape their career based on a firm moral footing.

Over the past 125 years the students of SFX have contributed to society in very many ways be it spiritual, political, cultural, science, sports, academics, defence or entertainment.

Ms. Elvera Britto received the prestigious Arjuna Award in 1965 for her excellence in hockey.

Ms. Irene Mascarenhas was the torch bearer and commentator at the 1982 Asiad in Delhi.

Ms. Deanna Tewari had the honour of lighting the flame at the 1982 Asiad in Delhi.

Ms. Ashwini Ponnappa won the Gold Medal in the Badminton doubles at the Common Wealth Games in 2012.

Ms. Aparna Das Battula become the first Indian woman to get the jockey licence in USA. Outside the sports arena Flight Cadet Cheryl Datta created history by being part of the first women Air Force Helicopter crew. There have also been students offering themselves to the service of The Lord and the Church as Catholic nuns.

One of the most striking features of the school is our Inter Religious Prayer Service and an exposure to the life and struggles of the less privileged sections of society.

Stepping aside from the tradition of building an infrastructure to mark the jubilee celebrations,the school had undertaken a noble cause to commemorate one hundred and twenty five years service in the field of education. The Management, Staff and Students had unanimously decided to support charity projects initiated by the Sisters of St. Joseph of Tarbes in different parts of the country viz. completion of a School for the Adivasi children in Mayapur, M.P., Four Community Colleges for the high school drop-outs and a treatment centre for the HIV/AIDS patients at Bijapur, Karnataka.

An institution that has stood the test of time can surely boast of a supportive alumni. The Former Students Association (FSA) aims to interface with ex-students globally on a single platform and give back to their Alma Mater what it so rightly deserves. They support the school community aligning themselves with many activities, providing scholarships to poor students and the Teachers Welfare Fund for the medical needs of retired teachers.

As we journey together towards tomorrow to radiate God’s glory with grateful hearts, may His guidance strengthen us to scale new heights to build a better world.”

We are grateful to all those who collaborate with the Sisters of St. Joseph of Tarbes, sharing in our CHARISM of building ‘Communion’.

Through the ages, the sisters persevered in their mission with faith in God heroic courage and optimism, even in moments of great difficulties, opposition and challenges.